Major Al-Lance sipped from his glass of strong tea as he read the reports from his office in Baghdad. Saddam's efforts in purging the forces of disloyal generals had paid off as a new, fierce fanaticism had risen in the ranks. Buoyed by the dangled rewards of success and money, young and competent Baath party officers had led a successful campaign to not only invade Kuwait, but also push off a series of border incursions from the Soviets in the past week.

The crisis in Western Europe could not have come at a better timing as NATO forces were too busy saving their own skin. Taking advantage of the lack of response to Iraqi aggression, the vaunted republican guard was quick to captialise on the isolated gulf nation of Kuwait and add it to his growing empire.

Soon enough, both Soviet and Western countries would feel the pinch as Iraq tightened it's grip on oil production in the region. Even they would be too late to respond to this challenge, and his forces would be ready for them when they inevitably came knocking at his door.

It was a good time to be in the oil trade, he mused. 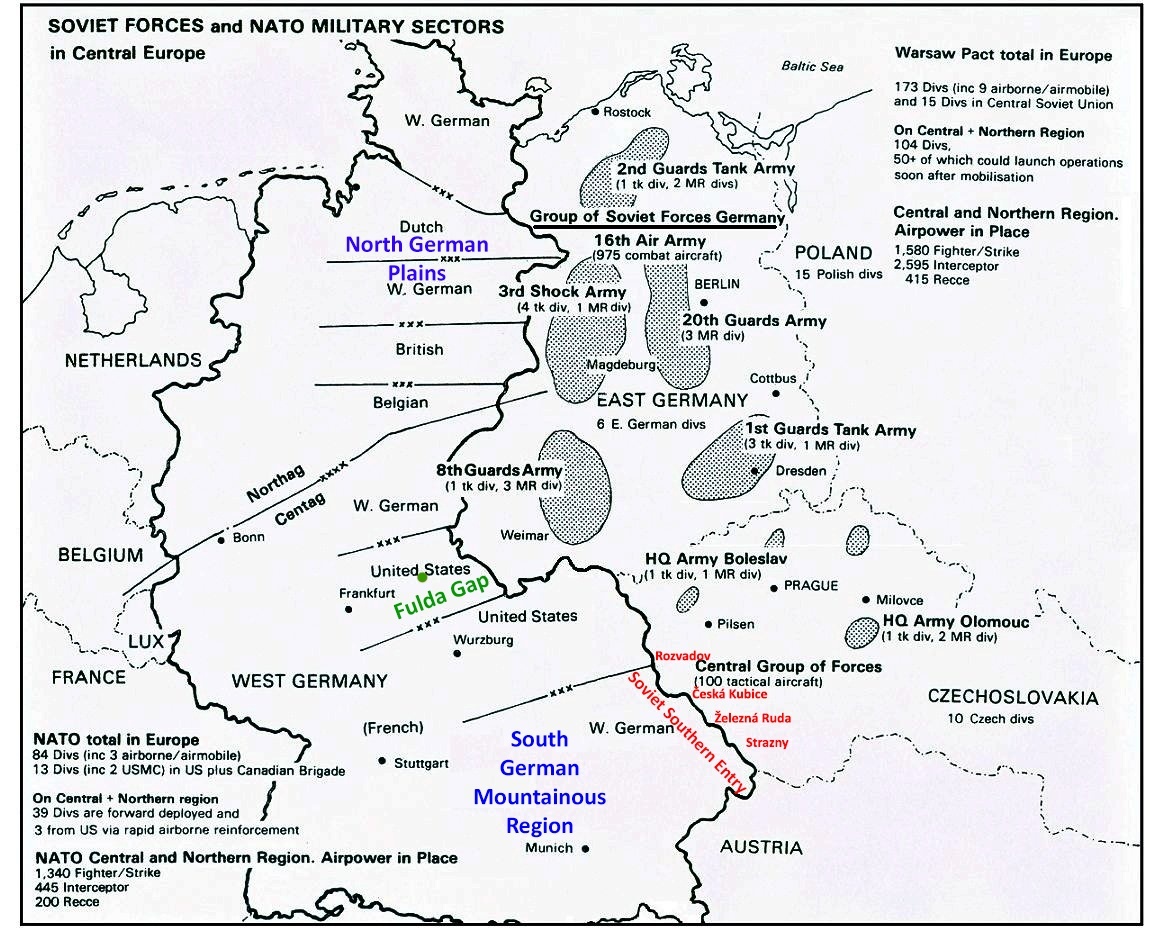 Captain Jerome sighed as more reports came in from what remained of the tattered front lines. The Dutch, British and West german line had suffered near total collapse as they were caught unawares of the Soviet invasion. After nearly a week of continued operations against Soviet armored pushes, his company was operating on fumes and prayers holding off what seemed like a neverending stream of red tanks.

All contact had been lost with Berlin in the chaos and from what he knew, at least his American forces had been able to hold parts of the Fulda gap from being completely encircled. With NATO high command still consolidating arriving reinforcements, it was up to them to stem the red tide while they could still stand.

Alerted to the rough bark of autocannon fire in the distance, the captain strode from the command tent to his scuffed M1 Abrams tank and prepared for a long night ahead, where the superior thermal sights and training of his now-hardened crew would leave the Soviet forces reeling.

The defense lines at NORTHAG have been breached by the rapidity of the soviet forces and much of western Germany is in crisis as regiments are bypassed and encircled. The American forces stationed in CENTAG have managed to repulse some attacks with armored forces faring well in 24 hour operations against the soviets.

Reinforcements are landing on the western border to shore up the defenses at the Rhine as NATO and USA prepare for a long fight ahead even as they contemplate a nuclear strike against soviet cities in retaliation.

The speed at which NATO forces have collapsed have surprised Soviet high command, which expected much more resistance at the onset of the invasion. Soviet forces have accomplished much of their objectives with the exception of some American holdouts and are now looking to exploit their success in pushing towards Bonn.

The failure to capture critical oil supplies in the Middle east has also put a crimp in Soviet plans as they do not have enough fuel reserves to maintain the offensive, and they must play their cards carefully to hold their dominant position.

In the Middle east, NATO attempts to force Iraq out of Kuwait have failed as the Iraqis have rallied around surprisingly competent leadership and have taken advantage of the chaos and supply line shortages to keep their borders intact against incursions.

Similarly, a surprise soviet push into northern Iraq and Iran has been mixed as the army groups assigned there are not of the same caliber as their Eastern counterparts.

With an impending oil crisis looming, all eyes are on Iraq as they attempt to consolidate their growing power base.

Depending on the final VP score at the end of Round 2, the following results will occur for each region:

Round Pairings: Upon announcement of each stage of the campaign, the respective players should arrange games within the time frame to fight with their respective opponents from another Front (EXCEPT GOLDLAND). Each pairing must be with a different player within the stage.

Games can be played at the blitzminis store.

Fixed Missions: Each Front will adopt a stance declared by the TO each round. Players must pick missions available from the EXPANDED MISSIONS TABLE according to their stance chosen by each front. Mission details can be found using the more missions table here:

Reporting: Players are to take at least 1 photo of their game, post to the blitzminis whatsapp group and submit the results to the cashier at the blitzminis store.

Scoring: Fronts are accorded victory points (VP) according to their member’s performance in games. GOLDLAND members are the only front which can earn VP from fighting other GOLDLAND members.

The best 3 results from each stage will be contributed to the Front’s total VP. the front with the highest VP each stage will represent a pivotal advance in that area and advance the storyline and battle map accordingly, as well as the missions for later stages.

Total scores are tabulated at the end of each stage and standings will be updated on https://www.blitzminis.com/.

These achievements can be logged by players to score points for item redemption throughout each stage of the campaign.

- MEATGRINDER: wipe out any platoon in assault: 1pt

- WE HAVE MORE: lose 5 or more units in a single battle: 1pt

- MEDAL OF HONOR: Pass any last stand test 3 times or more for a single unit: 1pt

- MARKSMAN: shoot down an aircraft with infantry weapons/AAMG: 2pts

- RECRUITER: introduce a new player to the game (verified by store): 5pts

All items can be redeemed once per player.

*No, Col. Clausewitz can not win this.

Best front: FOW OR TY Dice Tin for every player in that front

Rules/Issues Resolution: Players should first consult the rule book and other supplementary PDFS (latest version of FM101). Go over the rule/issue step-by-step together to see if a solution can be found. If you face any challenging rules situations, please contact a TO.

Models: Players must ensure that their models are assembled and primed at the bare minimum for play. Unit leaders and platoons should be readily identifiable.

Proxies: No proxies are allowed unless the model is not available from Battlefront or another source. Players with unconventional armies representing a nation using an existing book are allowed at the TO’s discretion.

References: Players must bring a copy of their lists for easy reference and for the sake of their opponents. Players are also reminded to bring their own references for gaming.

Fair play: Unsportsmanlike behaviour/stalling/rowdiness is frowned upon. Please practice fair sportsmanship and courtesy in your games. Complaints about abusive behaviour to the TOs will result in demerits for the offending Team and may result in disqualification for repeated offences.